The New Yorker: The Big Money Behind the Big Lie

By Jane Mayer On November 12th, Biden was declared the winner in Maricopa County. Soon after, a Republican member of the county’s Board of Supervisors, Bill Gates, was picking up takeout food for his family when the board’s chairman—one of four Republicans on the five-person board—called to warn him to be careful going home. Ninety angry people had gathered outside the chairman’s house, and Gates’s place could be next. “We’d all been doxed,” Gates told me. He and his wife are the legal guardians of a teenager whose father, a Ugandan, was nearly killed by henchmen for Idi Amin. “It’s

ECONOMIST: State-level Republicans are “reforming” how elections are administered

From the outside, the vast edifice looks deserted and unremarkable. The only indications of what is unfolding inside the Arizona Veterans Memorial Coliseum are the signs posted in a barren parking lot outside, sporting slogans like “Audit the votes” and “Board of Supervisors are enemies of the nation”. Even on an oppressively scorching day in Phoenix, when temperatures reached 117°F (47°C), a diligent and solitary supporter of President Donald Trump sat guard next to a cooler of water bottles under a pitched shade. Inside the Coliseum, something serious is unfolding: a partisan review of all the ballots cast in Maricopa

Mike Broomhead talks for a living, but for a moment last week, all he could do was sigh. With that flash of wordless exasperation behind him, he continued with his work: delivering the latest update on the Maricopa County election recount to listeners of his eponymous morning talk radio show. That day’s news was of a forthcoming conspiracy-theory-riddled documentary on what organizers call an audit — but Broomhead soon turned his attention to the officials overseeing this unfolding spectacle. “You’re turning this into the clown show that you’ve been accused of. … You’re turning this into the sideshow at the

Opinion: True Republicans would never dream of hiring an unknown cybersecurity firm with no experience auditing elections to chase insane rumors of fraud. As a lifelong Republican, I’m worried that my party of small government and balanced budgets is being overtaken by conspiracy enablers whose primary purpose is to promote the “Big Lie” about the 2020 election.    It doesn’t have to be this way.  Strong political parties are what make our republic work. Ideas, policies and direction filter up from the left and the right, colliding in the halls of democracy across the country, and culminating as the law of the land. Without two strong parties, one party dominates and half the population feels unheard and unrepresented. The long-term health of a republic requires a balance.   Internal party

NYT: Why a Lifelong Republican Views Arizona’s Recount as Wrong

Bill Gates, an election supervisor in Maricopa County, says the audit of votes in his state is based on the lie of election fraud, and is “tearing at the foundations of our democracy.” Read the rest of the article on The New York Times Website

RT @maricopacounty: NEW: The Maricopa County Board of Supervisors approved more than $23 million in funding to operate 250 bridge shelter u… 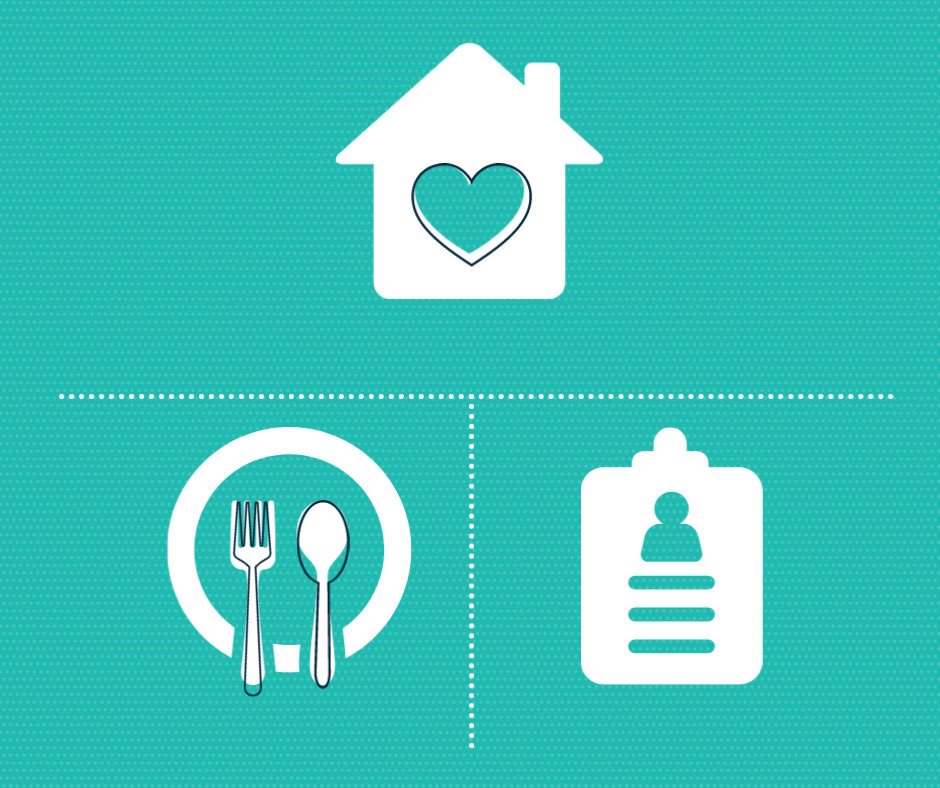 Thank you for your keen insights on public policy over the years. Look forward to your future analysis with Substack.

This #IndependenceDay, I am grateful for our founders who risked all to create a democratic republic. We still enjoy the liberties enshrined in the Declaration of Independence because of armed forces who risked their lives over the history of our country. God bless America!

We value the input of residents across @maricopacounty. Please take a look at these maps and let us know your thoughts. The Board will be voting on new supervisory district lines tomorrow at 9:30 am. 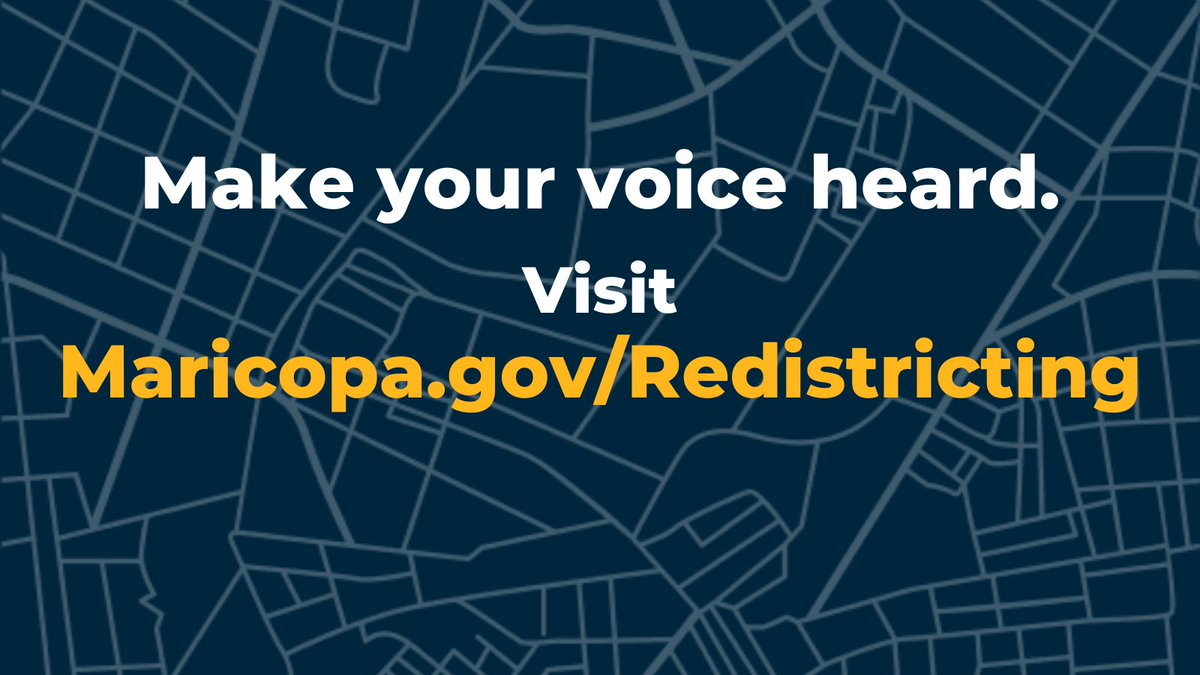 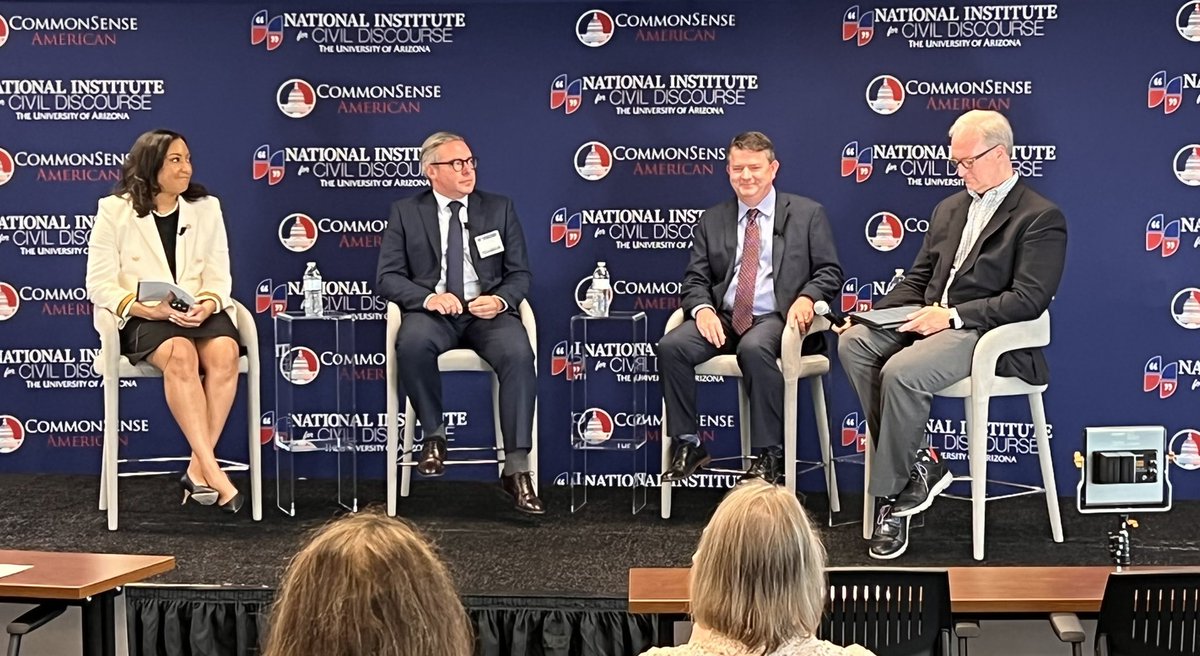 Good morning! I am so fortunate to call @maricopacounty home. https://t.co/rcjW02Ys6y

@PaulDBoyer Thank you for your leadership @PaulDBoyer - reminder of the important work our first responders do as @PHXFire quickly puts out a fire in @maricopacounty #district3 in @SunnyslopePHX this morning https://t.co/3FSjl35I37 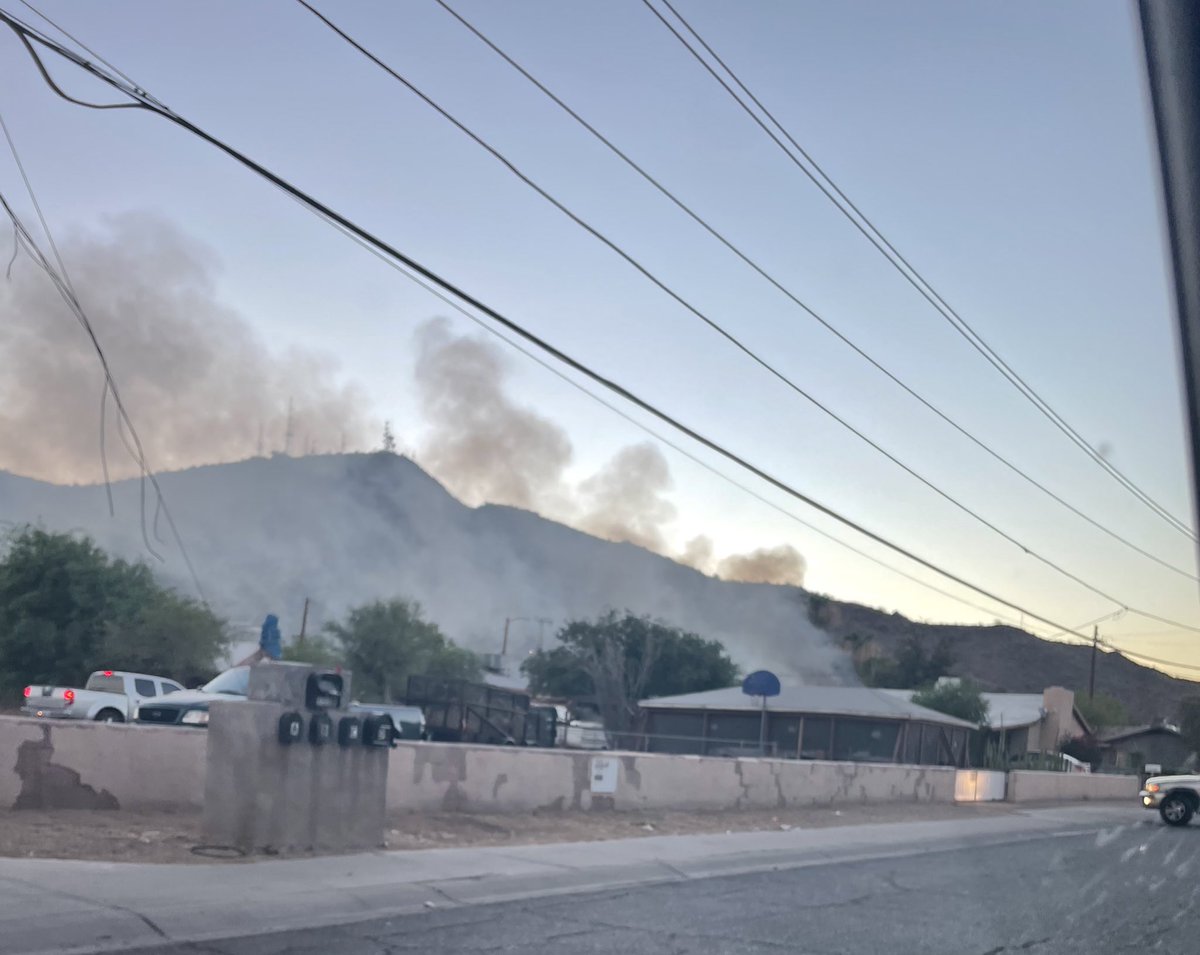 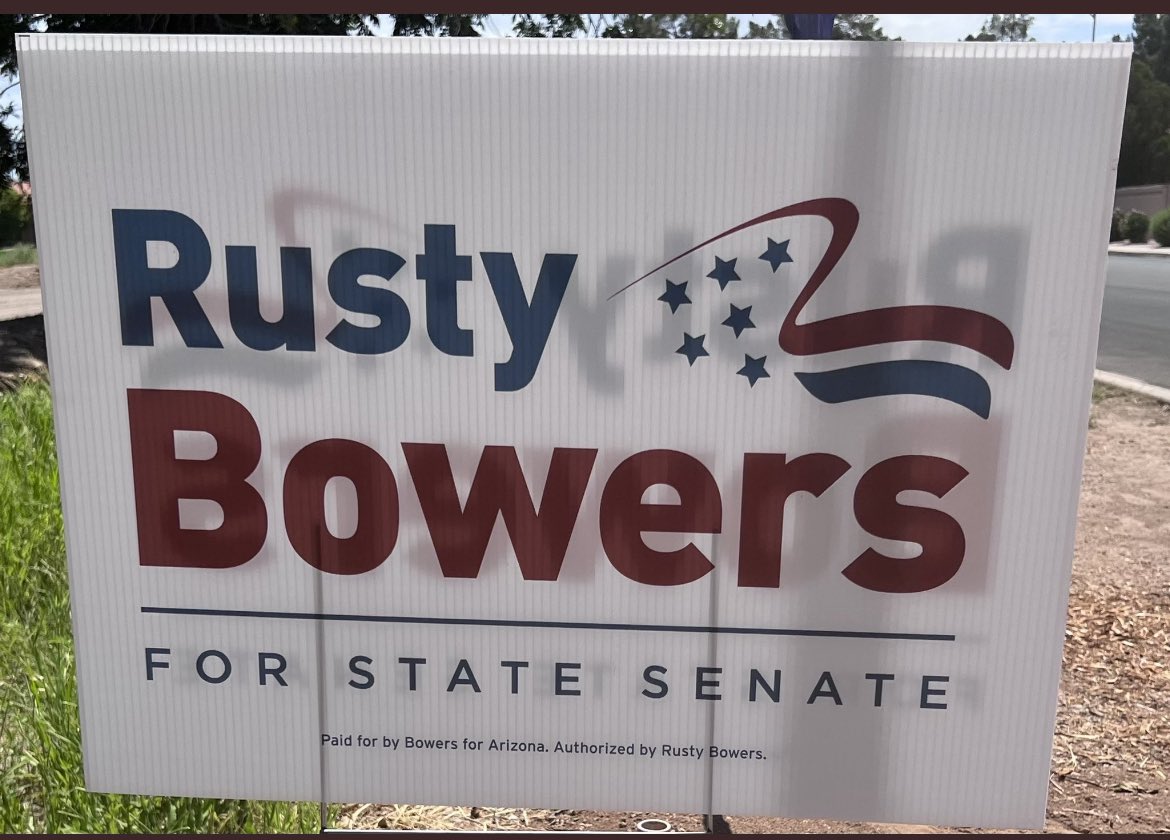 Be careful out there this evening #haboob #monsoon2022 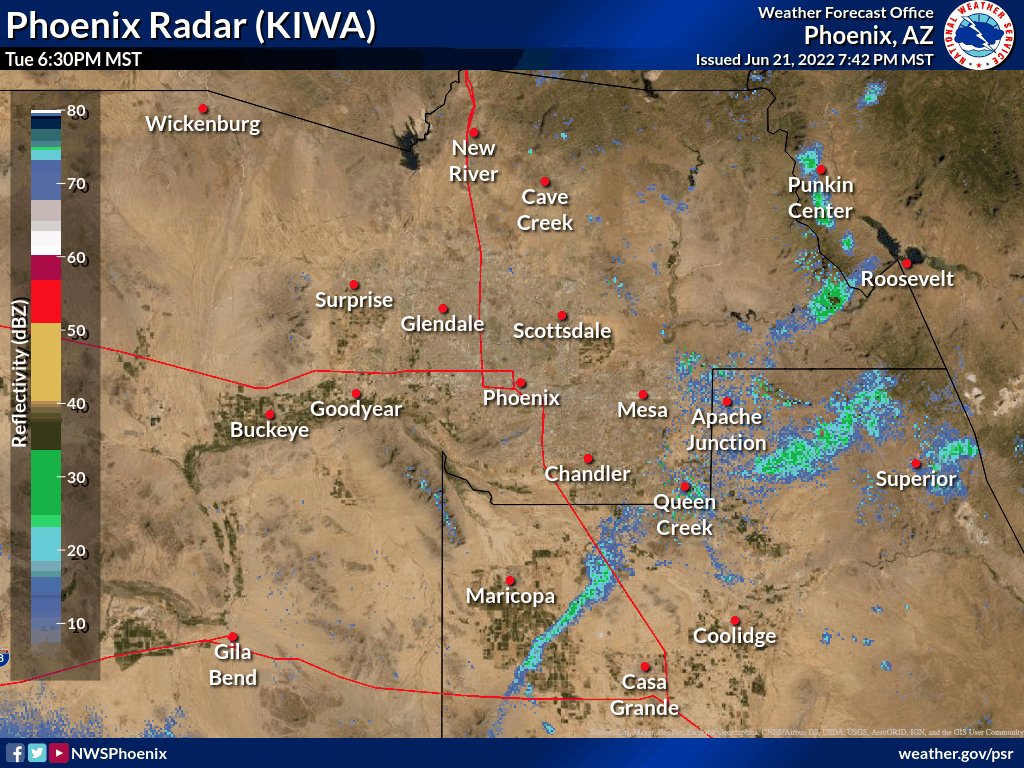